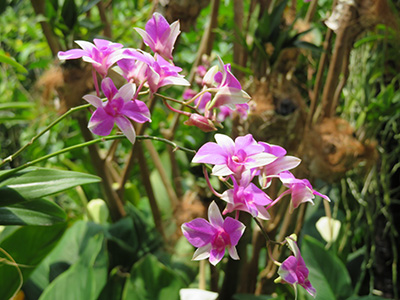 Yasmin Asar, a PhD candidate in the MEEP Lab, has performed a comprehensive evaluation of methods for detecting correlated rates of molecular and morphological evolution. This work was done in collaboration with Simon Ho and Hervé Sauquet (Royal Botanic Gardens and Domain Trust).

Abstract:
Determining the link between genomic and phenotypic evolution is a fundamental goal in evolutionary biology. Insights into this link can be gained by using a phylogenetic approach to test for correlations between rates of molecular and morphological evolution. However, there has been persistent uncertainty about the relationship between these rates, partly because conflicting results have been obtained using various methods that have not been examined in detail. We carried out a simulation study to evaluate the performance of five statistical methods for detecting correlated rates of evolution. Our simulations explored the evolution of molecular sequences and morphological characters under a range of conditions. Of the methods tested, Bayesian relaxed-clock estimation of branch rates was able to detect correlated rates of evolution correctly in the largest number of cases. This was followed by correlations of root-to-tip distances, Bayesian model selection, independent sister-pairs contrasts, and likelihood-based model selection. As expected, the power to detect correlated rates increased with the amount of data, both in terms of tree size and number of morphological characters. Likewise, the performance of all five methods improved when there was greater rate variation among lineages. We then applied these methods to a data set from flowering plants and did not find evidence of a correlation in evolutionary rates between genomic data and morphological characters. The results of our study have practical implications for phylogenetic analyses of combined molecular and morphological data sets, and highlight the conditions under which the links between genomic and phenotypic rates of evolution can be evaluated quantitatively.

The preprint is available on bioRxiv: Evaluating the accuracy of methods for detecting correlated rates of molecular and morphological evolution