Home / Uncategorized / The delicate water lily: A rose by another name? 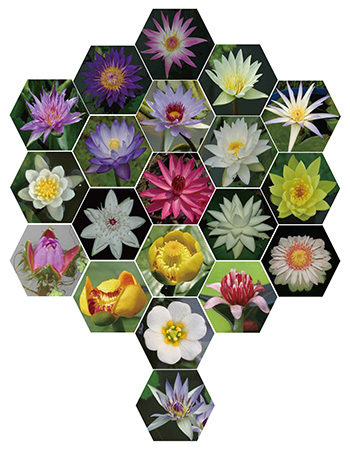 A new study published in Nature reports the 409-megabase genome sequence of the blue-petal water lily (Nymphaea colorata). The authors conclude that most flowering plants may owe their success, including employing floral scent for attracting pollinators, in part to the genetic innovations observed in the delicate water lily.

Water lilies are beloved features in ponds and a frequent subject in art from paintings to sculptures. Some religions consider them symbolic of life.

Those beliefs might not be too far from the mark. The study’s authors analysed the genes of Nymphaeales, the order of flowering plants that includes water lilies. The group possibly experienced a whole-genome duplication event some 147–185 million years ago. The genes retained from this whole-genome duplication are homologues of genes that regulate flowering transition and flower development in all flowering plants.

The study also confirms that Nymphaeales is the sister lineage to all other 300,000 species of flowering plants, except for Amborella trichopoda.

The international coalition of researchers was led by Professor Liangsheng Zhang from Fujian Agriculture and Forestry University and included Professor Simon Ho from the University of Sydney.

“Water lilies have evolved attractive floral scents and colors, which are features shared with core angiosperms,” said co-author Fei Chen from the University of Tennessee. “The chemical compounds and biosynthetic genes we analysed – those that produce the floral scents – suggest that the scents of water lilies have evolved in parallel to those in core angiosperms. Because of its unique phylogenetic position, the innovations in scent biosynthesis and other traits revealed from the N. colorata genome shed light on the early evolution of all angiosperms.”